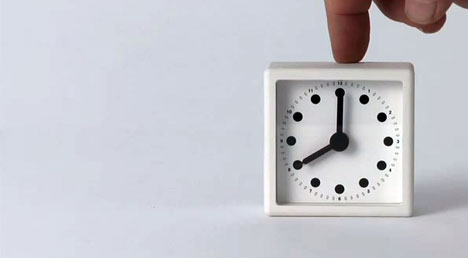 What is industrial design? How do inanimate objects invoke emotional responses? What makes good design? Do we really need more things? What about the environment?

In interviews with a star-studded cast of designers (including the legendary Dieter Rams and the elusive Jonathan Ive), this film attempts to address those questions. Does it have a clear message? Not so much. In the post-screening Q&A session at the Boston premiere, director Gary Hustwit acknowledged that his goal was to raise as many questions as he answers—this is a film for thinking people. As with his previous documentary, Helvetica , the propulsive force of Objectified is the passion of the designers. This energy, woven together with superbly shot B-roll footage and a pleasantly unusual electronic and indie rock soundtrack, makes a remarkable and enjoyable film.

Hustwit was completely at ease on stage. His answers to questions were witty and well-considered, but I most appreciated learning the secret of his interview technique: his enthusiasm for the subject closely matches that of his interviewees. I can’t wait for the unveiling of the still-secret third film of his “design trilogy.” Until then: go watch Objectified!